Recently 52°North has conducted a project together with the Information Technology Service Centre of the German Federal Ministry of Transport, Building and Urban Development at the Federal Waterways Engineering and Research Institute (DLZ-IT BMVBS). The goal was to analyse the feasibility of using Sensor Web Enablement (SWE) components for integrating near real-time ship tracking data into spatial data infrastructures.

The ship tracking data used in the project are gathered by the Automatic Information System (AIS). For making the AIS data accessible a customised version of the 52°North Sensor Observation Service (SOS) was developed that relies on an existing SOAP service as underlying data source. In addition, a Web Map Service (based on the OX-Framework) was built, that creates map visualisations based on the data available from the SOS.

In summary this project shows an interesting new type of Sensor Web application. Whereas most previous use cases were focusing on different kinds of time series data, this project demonstrates that the SWE technology can also be used for tracking moving objects like ships.

For more information about this project you may contact Simon Jirka at 52°North (s.jirka@52north.org) or Roman Klipp at DLZ-IT BMVBS (roman.klipp@dlz-it-bvbs.bund.de). 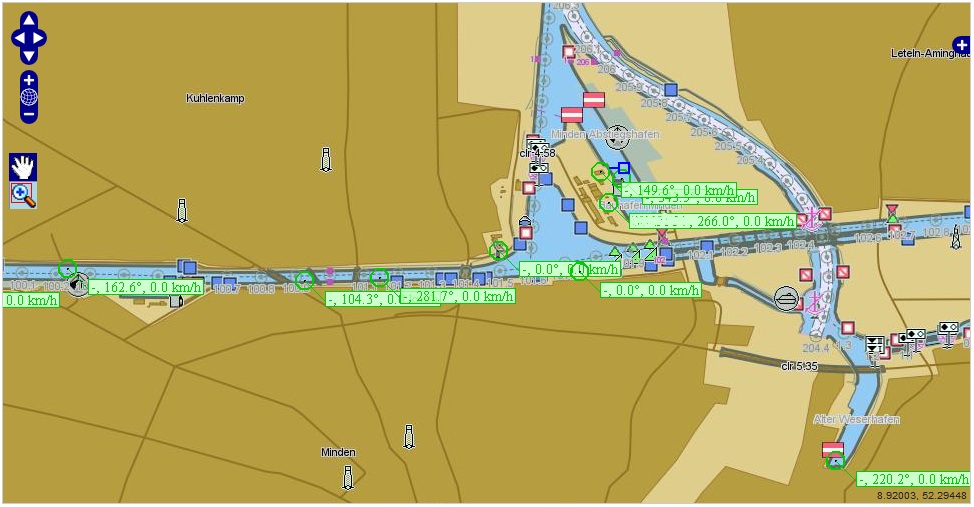