As usual with plans, the moment you finish them they become obsolete. A month ago I mentioned my plans for the coming month and the day after that those plans could go down the toilet :). I had to assist making a ‘space-time-cube’ tool available in ILWIS to be used in a workshop here at the ITC. This cube is a nice tool for 3D analysis of spatial temporal events and will be introduced in a later blog (not by me, but by the cube’s programmer). It cost me about two and half weeks of time. Almost directly after that I had to design and setup a webpage so that the ILWIS web processing service could be used in education. So much for planning . . . . .

Fortunately, time was not lost completely as there were some nice spinoffs that will end up in ILWIS 3.8.1. So which shiny new things can you expect ?

OpenStreetMap(OSM) is a crowd source project for collecting features all over the world. The datbase contains a global coverage of roads, cities, rivers etc …. An OSM tile server translates this information into raster tiles at various zoom levels which are served to the outside world. A bit like a WMS, it serves ‘pictures’ not real data. Still it is very nice for background and orientation. Below are two examples. 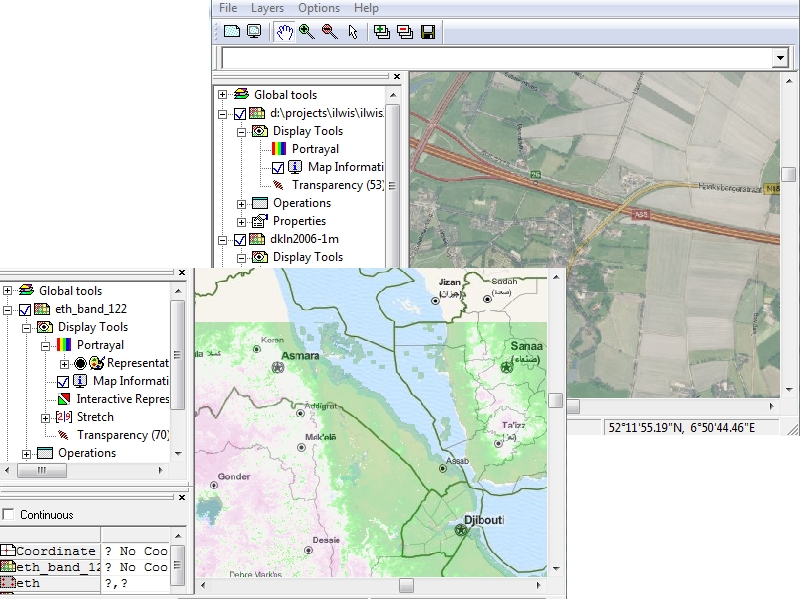 The covered one combines a WMS of the Netherlands with OSM. The top one contains a raster file (the colorfull stuff) with an OSM rendering of the same area.

The OSM layer can be added as a layer to Ilwis by using the “add layer..” dialog and selecting baselayers. One of the baselayers is OpenStreetMap.

Some people have requested the possibility to import large sets of external data into Ilwis. Trying to import 65 similar shape files into ILWIS is not very funny, since ILWIS handles only single data set imports. Though I could have made a more advanced implementation (but that costs time and testing and debugging) I have opted for the simple solution of allowing wild cards in the naming of the files to be imported. For example ‘mymaps*.tiff’ will import all the tiff images that start with mymaps. It doesn’t have any intelligence and will try to import anything that matches the wild card name. So you might get error messages (“can’t do …”) if your wild card filter is not accurate enough.

For sure it isn’t enough for all batch imports, but it covers a sizeable subset of it.

Some people requested that I make attribute selection visible in the mapwindow (similar to the way ArcGIS does). 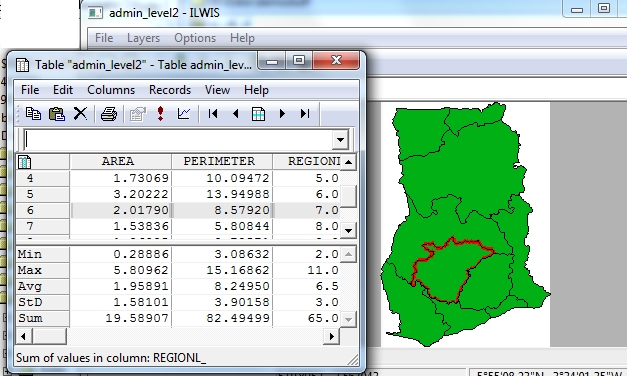 The current implementation is still somewhat basic. It only does it one way (table to map and not vice versa) and multiple selections are not supported with the ctrl key (only the regular ILWIS table selections). Undoubtedly this functionality will be extended in the future, but for now, as a first step, it is sufficient.

A simple form of hatching for polygons has been made available. It can be accessed (for class maps) by double clicking on the legend item in the Layer tree. You get a small editor for editing visual properties of that class. Basically it is a representation editor for a single item. Hatching is part of that. 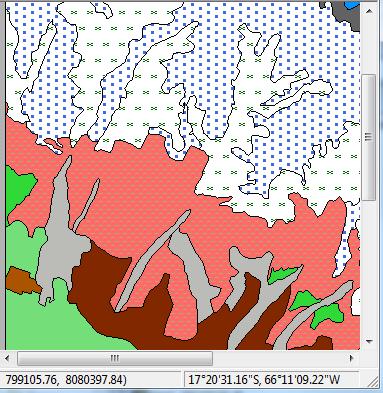 Note that the hatching is not represented in the legend item. I would like it to do that, but it is technically challenging, since the legend items are drawn with a totally different system compared to the contents of the mapwindow. Hatch patterns can be found in the folder in which the point symbols reside.

This version isn’t yet available on the server (27-6-2012). I have some problems this and last week of accessing the download area of 52N to put my file(s) there. A technical issue that undoubtedly will be resolved shortly.