One of the new things in Ilwis4 is the modeller. The modeller is a complex set of tools that tries to “model” the behaviour of dynamic spatial systems in several conceptual layers. In a crude way, one could say that it is a GUI for the script. This is essentially true, but it doesn’t do justice to the whole idea behind the modeller.

The ideas around it are still being developed, but basically (as it looks now) it contains a number of layers.

At the moment we are busy with the first layer (see the example below). 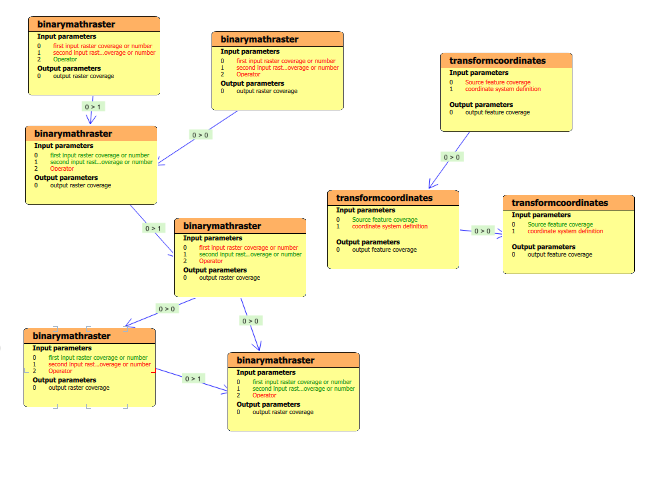 There is still a lot of work to do.

A special export will enable one to export the model to a python script, which can run independently of Ilwis4 (not of ilwis-objects). We will not offer a reverse process, since this is a bit too complicated.

The ideas behind the whole modeller are still under developement. Will it be 4 layers, or 3, or 5? At the moment I have explained my current understanding of the whole process, but that might change.

Note that the modeller doesn’t replace the script (editor). That will still remain.