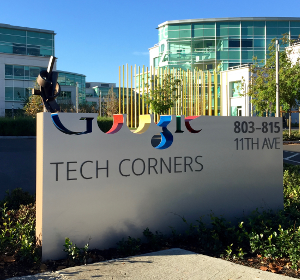 This year marked 52° North’s fourth participation as a mentoring organization for Google Summer of Code. Six students worked with us over the summer and helped to improve enviroCar and ILWIS, and developed a statistics tool for OGC Web Services, as well as a 3D connection map for WorldViz.

In addition to being able to work with amazing students over the course of the summer, one of the perks of GSoC is the mentor summit, a meeting hosted at Google in Fall. It brings together mentors from all of this year’s participating organizations. This year, Matthes Rieke and  I  represented 52° North at the mentor summit. 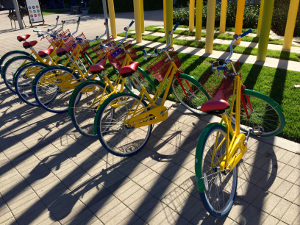 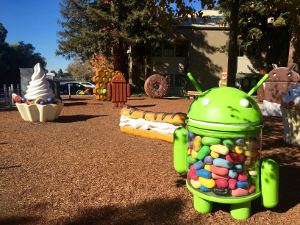 As a first time participant in the summit, I really enjoyed meeting mentors from other organizations and seeing all the different kinds of projects that students had been working on over the summer. The projects range from contributions to FOSS operating systems and low-level tools, such as cryptographic libraries, to articistic projects using the Processing language. Like myself, many of the mentors have at least one foot in the academic world. It was great to see that many of them see the value of FOSS software and contribute to the community through this program.

Matthes did an awesome job presenting the contributions to enviroCar, which had the biggest chunk of code developed over the summer with three of our six projects. The feedback from other mentors was really good, and in the session on vehicle data that we organized, many interesting new ideas for data collection and data fusion came up that may find their way into enviroCar at some point.

As a final word, I strongly recommend mentoring a student through GSoC if you get the chance to do so. I look forward to GSoC 2016!