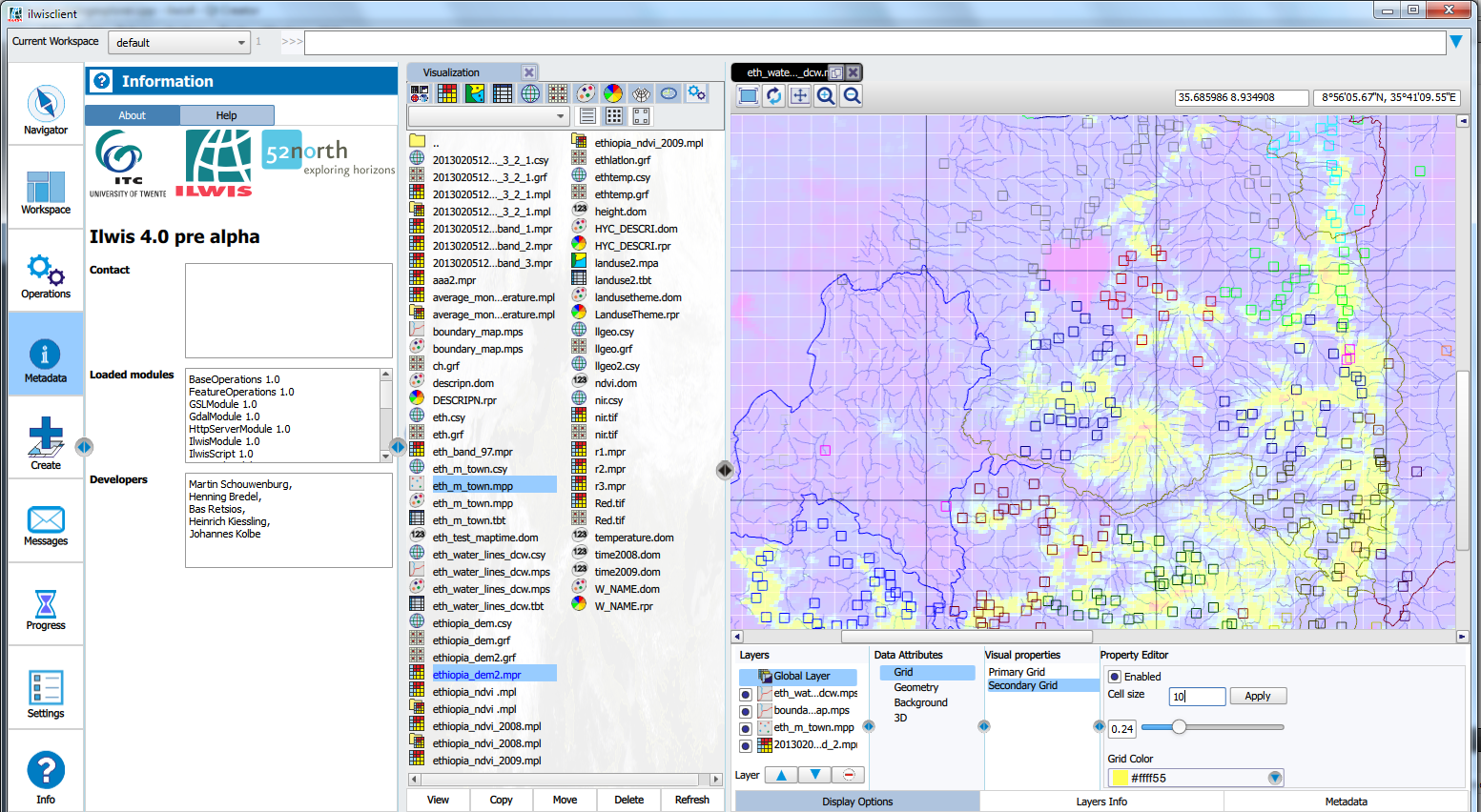 This will be my last blog for this year. I am on holidays after today, so no more ramblings for a while. Traditionally in the last month of the year, you look back on the past year and look forward to the next. So, here is my take on it.

For the outside (ILWIS) world, I suppose the release of ILWIS 3.8.5 was nice. We developed a version in which quite a lot (yes not all) of the ILWIS 3.8 series’ annoying bugs were resolved. My thanks to Bas Retsios for this! We finally got official backing to spend serious time on this effort and we took it. This resulted in ILWIS 3.8.5, which I think is a big jump in stability. Of course nothing is perfect and some issues remain, but even people here, who didn’t want to use ILWIS 3.8 because of stability issues, acknowledge that it now works.

The time allotted for this is part of a bigger investement for Ilwis-objects. We have received time and money for some extra personnel. In addition, we constantly have students working in some way on Ilwis-objects, so lot of effort is being put into it. Before 2015, Ilwis-objects was more or less a solo project. Now it is much more a collaborative effort.

At the end of this year, I have the feeling that all the major parts for the Ilwis-obejcts framework are in place. The framework itself is more or less done. Sure, bugs are still there and time and again some minor tweaks and additions are done, but I don’t expect any more major work. The set of applications is steadily growing, but we are not yet at the number that ILWIS.8.5 has. The desktop client, Ilwis4, is also comming along nicely. It is far from done, but most of the base stuff is working (with bugs of course).  The Python interface is done. Undoubtedly some bug fixes will come, but I don’t expect many changes there.

So what shoud you expect for next year? It will be a very important year for us. We plan to release both Ilwis4 and the Python interface (I still have to find a nice name for that) as seperate products. Maybe if I can convince the 52N guys, we even might release a Java interface for Ilwis-objects. That remains to be seen.

When? That is a dangerous question. It looks now as if it will be in the fall, probably October/November. We’ll have to see. It will be 2016.

Will Ilwis4 have the same functionality as ILWIS 3.8.5? To be honest, probably not. On the one hand, we can do more (e.g. format independence, modeller, platform independence etc.). On the other hand, we can not realistically implement eveything that ILWIS 3.8.5 provides in this time. It is also questionable if it is necessary. It is our challenge to find the right balance between available resources and functionality. Anyway, a first release is not the end of the road. More will come. For me, it is more important that what we deliver has quality and works well. You loose more users by a buggy release than by limiting yourself in (a little) functionality.

So see you next year!