It has been a long time ago since I wrote a blog entry. But I feel it is time to restart the ILWIS blog. Why? you may ask. Well mostly because there are interesting things happening. ILWIS 3.8.5 is around the corner. This is mostely a bug-fix release, but in a big way. ILWIS 3.8, let’s be honest about that, had too many bugs. Though 3.8 offered some very nice extras and more performance for visualization, it also introduces some nasty bugs. It’s the price you pay for working without a safety net of somebody who does Q&A (programmers are notoriusly bad at that).

Fortunately our management understood that and freed some extra resources (read in this case time) to fix that. The result is ILWIS 3.8.5. We fixed most of the nasty, unpredictable bugs. Re-enabled some (but not all) of the functionality that was missing from 3.8.4. Most likely there will be an ILWIS 3.8.6, which finish the 3.8 line for Ilwis. After that  we will switch completely to something we call Ilwis-objects.

Ilwis-objects is a completely new development of the Ilwis software. Due to technical limitations of ILWIS 3 and due to the fact that the core of the software is getting quite old (ILWIS 3 is 15 years old, 20 even, as it evolved from ILWIS 2), it was time to plan ahead. We had a number of requirements.

With this list of requirements and the need to continue the ILWIS 3 line (for the time being) we started ilwis-objects 18 months ago. So what did we achieve in that time?

So what is missing? Still quite a lot. Sure mapcalc works and some of the applications have been ported, but the bulk needs to be done. Will we port everything? Probably not. Ilwis-objects is very well suited for integrating “foreign” libraries in a transparent manner, so as long as I can find similar functionality in other libraries I’ll use it. I already integrated libraries like opencv and the gnu scientific libraries. Others like orfeo, cgal and R are on the list. Note that all these kind of integrations (also true for the data formats) are in a plugin structure. So all things are optional.
Fortunately we get more working capacity at the end of this month since extra people will (temporarily) join the team. As it now stands, we hope to get a first release towards next summer.

In this blog, I want to report about the progress in this process and show what Ilwis4 is capable of. I will push an entry every one or two weeks until the release. As a little preview to where we are at the moment; here is one of the views on Ilwis4. 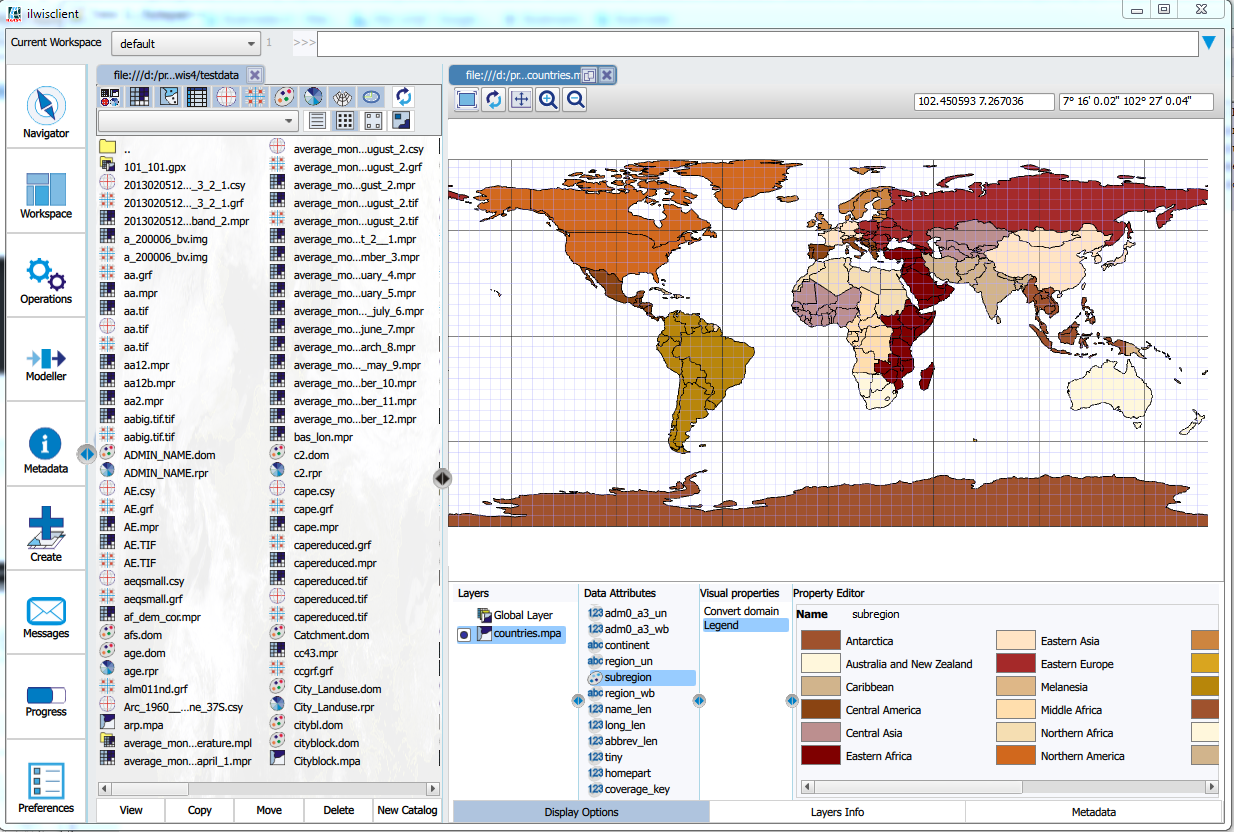