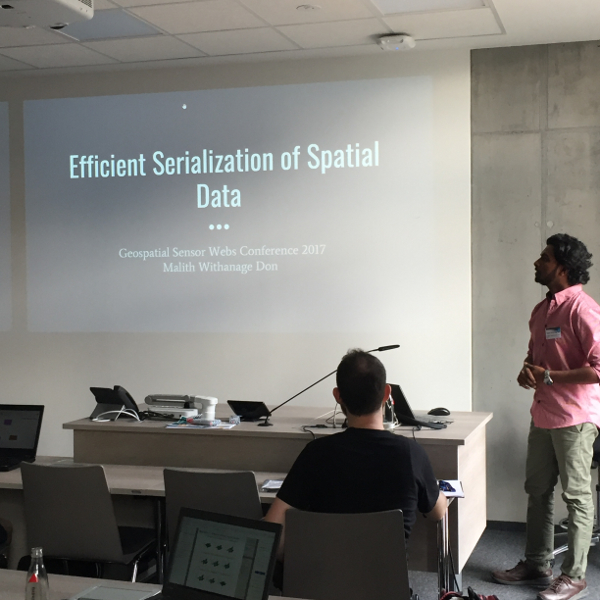 My experience with the GSoC 2017 project “Simple Features for Protobuf and others” came to an end by presenting my results at the Geospatial Sensor Webs Conference 2017. It was really pleasing to see that a majority of the audience was really interested in the project outcome and eager to see it progress in the future.

We had to deviate the project deliverables since we had to prioritize its presence in the Geospatial Sensor Webs Conference. The overall major outcomes of the project are as follows.

If you haven’t been following the project thus far, please refer to the following blog posts for more technical details:

The core tasks and development of the last five weeks of the project period can be summarized as follows:

GeoTIFF is an open file format based on the TIFF format. It is used as an interchange format for georeferenced raster data. We need some meta information to transform the georeferencing into real-world coordinates. This data is stored in either a Word file or in the header of the image file itself. Here I have implemented serializing coverage data for both options.

By using serialized data, grid rows and columns will be transformed into real world coordinates on-the-fly when deserializing. One of the future tasks will be to provide the option of deserializing them based on a preferred Coordinate Reference System.

I have carried out a series of benchmark tests to evaluate the efficacy of Protobuf and Avro serialization/deserialization against existing geospatial data exchange formats such as GeoJson and GML. I have used the shapefile data set of Belgium, The Netherlands and Spain given here and used GeoTools GML parser and GeoJson plugin to generate respective GML and GeoJson files.

The hardware configuration used to execute the benchmark tests is as follows:

I carried out benchmark tests to capture serialization/deserialization time and output storage space. The following graphs shows the outcome. 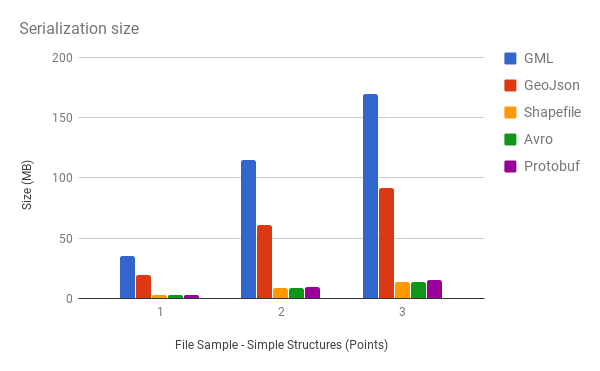 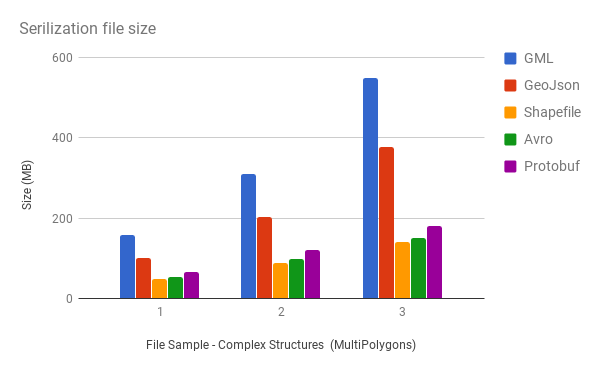 As you can observe, the Avro and Protobuf file sizes are much smaller as compared to GML and GeoJson, but slightly larger than a Shapefile size. The reason is that Protobuf and Avro don’t do efficient compression internally. They are more like efficient serialization techniques. But libraries, such as Google snappy can be used to further compress it. 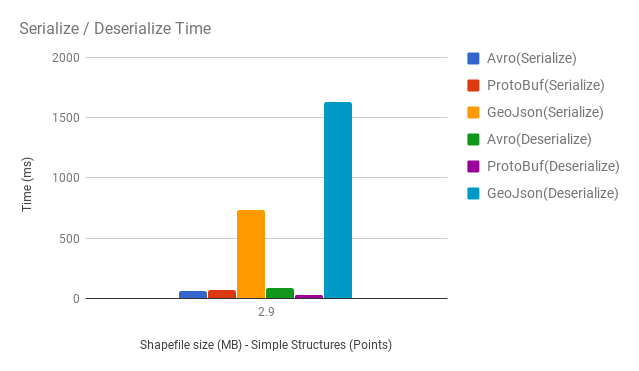 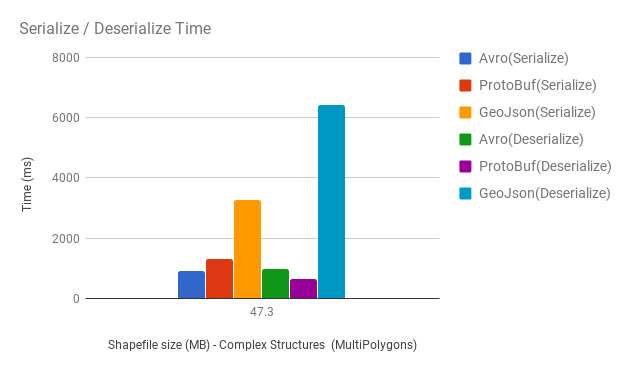 For this comparison, I had to exclude the GML processing time as it takes 26193 ms to process 2.9 MB sample data set, thus is not in the range to be compared with other techniques used. This graph shows the serialization/deserialization time taken to generate GeoJson is much more higher than Avro and Protobuf and the average time taken by Protobuf to both serialize and deserialize is slightly less than Avro.

So followings are my conclusions from the observation of the benchmark results:

The following are tentative future tasks and improvements:

It was a great experience in both technical and non-technical aspects that I gained from this project. I would be happy to follow and see how it progress in the future. Also I am sure that this will be a great addition to geospatial technology space.

I am grateful to my two mentors, Arne de Wall and Dr. Christoph Stasch, for the valuable guidance given throughout the project and Ann Hitchcock for all the help. 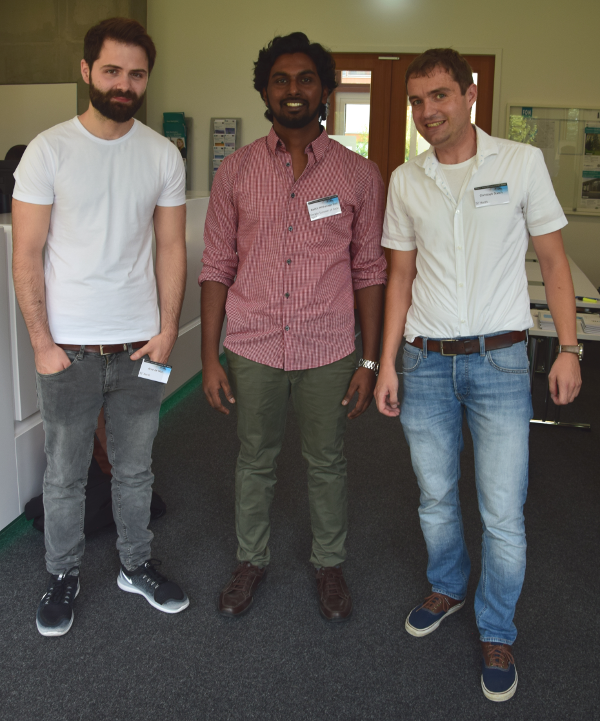